PITTSBURG, KS – This week, the Kansas Coalition Against Sexual and Domestic Violence’s (KCSDV) coalition member Safehouse Crisis Center, Inc. (Safehouse) opens a new domestic violence shelter in Pittsburg, Kansas. The new shelter serves as a resource for over 145 thousand people who live in the seven southeastern-most counties of Kansas and is the latest shelter built of 22 currently in the state of Kansas.

“In rural contexts, where everyone knows everyone in the community, the need for safe and confidential shelter from domestic violence is heightened for the safety of the victims and survivors,” says KCSDV Executive Director Joyce Grover. The new shelter will be able to provide this safe and confidential space for more people now, since the new shelter has 71 beds, adding 48 to Safehouse’s old shelter bed count and capacity of 23. 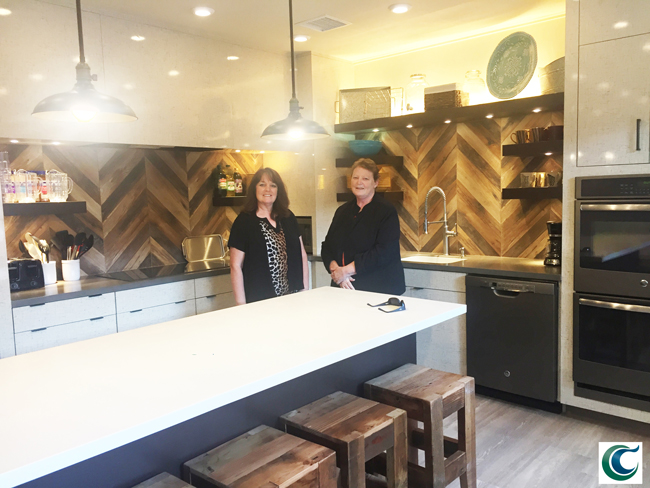 Safehouse will still be able to continue providing shelter for victims’ and survivors’ pets, too. The new shelter’s pet kennel is a 100 percent donated upgrade: The kennel consists of a temperature-controlled, indoor shelter and bath area for cats and dogs and an outdoor area for dogs. Pet kenneling is a recently new, popular addition for many domestic violence shelters as domestic violence work becomes more victim- and survivor-centered based on research showing people are less likely to leave an abusive situation if they cannot leave without their pet due to either support separation from the pet or fear of retaliation and harm to their pet by the abuser.

“Everything in the shelter was donated,” said Safehouse Executive Director Rebecca Brubaker, referencing all of the materials that were used to build the shelter. “The shelter was made possible by the generous support of the community.” 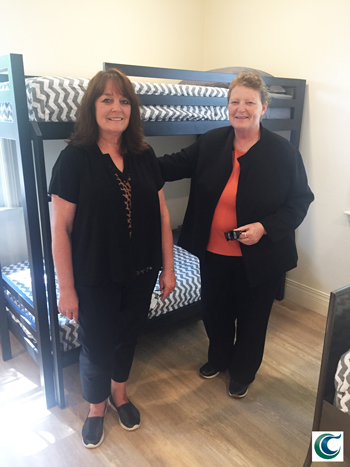 The shelter building was an old warehouse and what remains intact from the old building is the basic structure and the storm shelter. Safehouse’s bedrooms include one shared room of bunk beds for those not bringing children and single women and 13 family rooms. If a parent seeks shelter and brings their children, the family bedrooms include five beds, one for the parent and four for children, so the family can stay privately in one room together. The shelter serves and is inclusive to all genders and sexes, although the majority of people seeking shelter are women. Additional rooms in the building include: two victim and survivor advocate offices, one administration office, eight bathrooms, two kitchens, one board room, one or two living rooms, and an outside play and picnic area.

The Kansas Coalition Against Sexual and Domestic Violence (KCSDV) is a leading statewide voice for victims and survivors and works with over 25 coalition members across the state of Kansas to prevent and eliminate domestic violence, sexual assault and stalking. Find services, resources and a listing of trainings on KCSDV’s website at www.kcsdv.org. Contact KCSDV by email at coalition@kcsdv.org or by phone at 785-232-9784.

PDF of this release