Letter to the Editor

One in four. What would you do if I told you since this time last year one in four women experienced domestic violence? Ignore it? Be outraged? Offer help?

I have had the privilege of serving on the boards of domestic violence/sexual assault organizations in our state over the last several years. I’m not a victim. Fortunately, I was raised in a great family. I never thought about domestic violence or sexual assault as a problem until about 20 years ago a staff member told me about a young boy, living in a nice rural Kansas community, who drew her a picture so that she would remember what he looked like after his father killed him. Even though that story struck a nerve, I stayed silent, reluctant to get involved. Years later I finally decided I had a voice and I wanted to do something to end this violence.

Too often we ignore that bruise on someone’s face or that timid, almost scared, posture of a co-worker, relative or friend. After all it’s not happening to us and it may mean having an uncomfortable conversation about personal issues. We convince ourselves it will go away or that it’s not as bad as we might imagine. Domestic violence and sexual assault are never all right. It’s a person breaking someone’s nose, burning them with cigarettes, raping or threatening them with greater violence. It’s ugly and it has to stop now.

What an education I have received from dedicated people in our state who are focused on eliminating this oftentimes silent scourge! They are the ones who make sure emergency shelters are open so that at 2 a.m. a victim has somewhere to go. Or they provide training for medical personnel when responding to a rape victim. Currently, I am president of the board for the Kansas Coalition Against Sexual and Domestic Violence (KCSDV), which is an organization supporting 29 individual programs across our state that provide support, shelter and a voice for those abused and assaulted. From Garden City to Kansas City, Pittsburg to Hays, these programs are literally a lifeline for victims.

Domestic violence and sexual assault have been with us long before the current issues in the NFL. It has been an issue for far too long. What can you do? First, learn about your local program by going to the KCSDV website (www.kcsdv.org) to find out where the closest program is and how you can support them and the coalition. Then add your voice to a growing number of Kansans saying, “Not in my home, not in my business, not in my city, not in my state, NOT EVER will I accept violence.” The coalition and the local programs need your voice added to theirs, whether volunteering time, donating a few dollars or just speaking to colleagues that this violence must stop now!

Mark Twain said, “The two most important days of your life are when you were born and when you find out why.” I suggest the “why” is to raise your voice for those who can’t… the abused, the raped and those who have died. I urge you to join me and many others across Kansas to speak up and say “Not now! Not ever!” 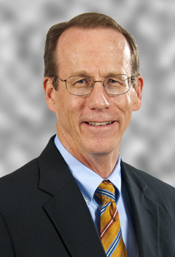 Mark Schreiber
President, Board of Directors
Kansas Coalition Against Sexual and Domestic Violence

PDF of this release.